Across the english channel

Fliteboarders rob wylie & morgan wylie took to the english channel on fliteboards this thursday 12th august 2021, successfully becoming the first to cross the channel on efoils. the father-son duo set out to achieve a new world-first for flying across the channel non-stop. fliteboard is an electric-powered hydrofoil that gives the sensation of flying over water that has built an impressive reputation as the watercraft of the future.

emission-free, wake-free, and virtually silent, fliteboard has ushered in a new category of environmentally friendly powered watercraft. it drew a fan club that includes some of the world’s most influential names. the 37.37km mission took 1 hour 39 minutes 55 seconds, from cap griz nez in france to the folkestone coastline, where both surfers landed successfully after a continuous run coast to coast on one battery charge. The journey was supported by a team of professionals from OTS watersports in poole, the first authorized fliteschool in the UK. in 1909 the same challenge was taken on by louis blériot, who was the first person to fly an airplane across the channel, to which he received a prize of £1,000 from the daily mail, 112 years later it’s fliteboard’s battery-powered and emission-free boards that are taking flite. 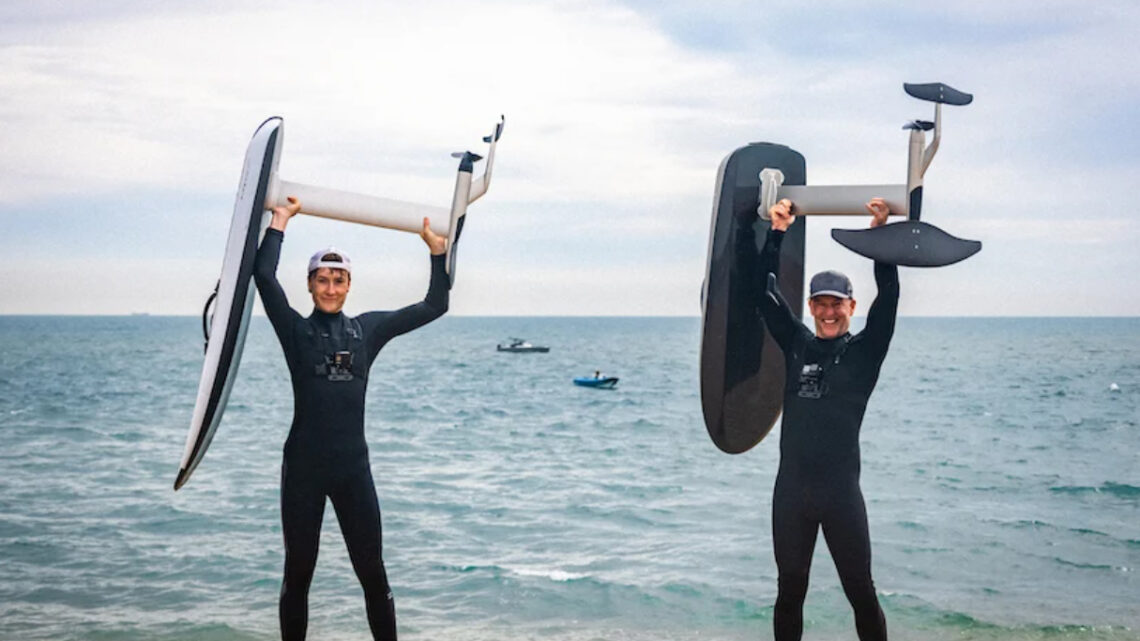 Rob wylie, said, ‘ever since I first experienced riding on a fliteboard, I was hooked as I knew this was going to be the next generation of watersports. I was so impressed that I also invested in the company to join the fliteboard story and support building awareness around the product and the efoiling category as a whole. the channel crossing has not only set a new world record but also proves how advanced fliteboard’s technology is that we successfully made the crossing on one single battery charge.’ rob wylie and morgan wylie have now become world record holders, completing the first non-stop efoil channel crossing in 1 hour 44 minutes on thursday 12th august 2021. 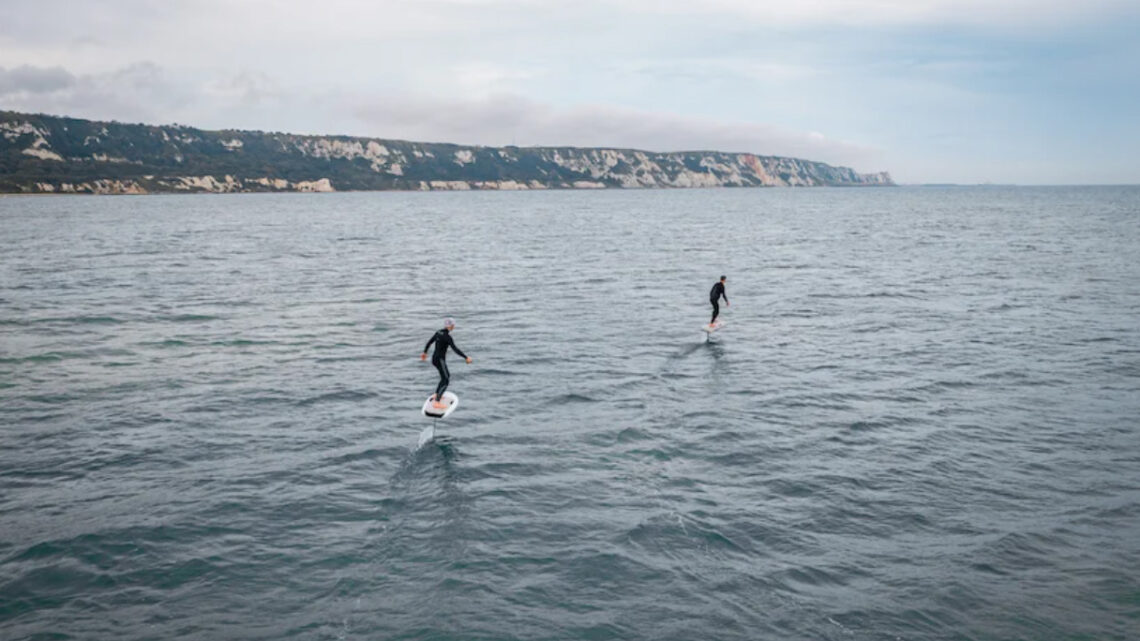